‘All of Nature Flows Through Us’ is a site-specific installation created for the Kistefos Museum, Norway. It measures 10 metres across and was a monumental task of construction and engineering. 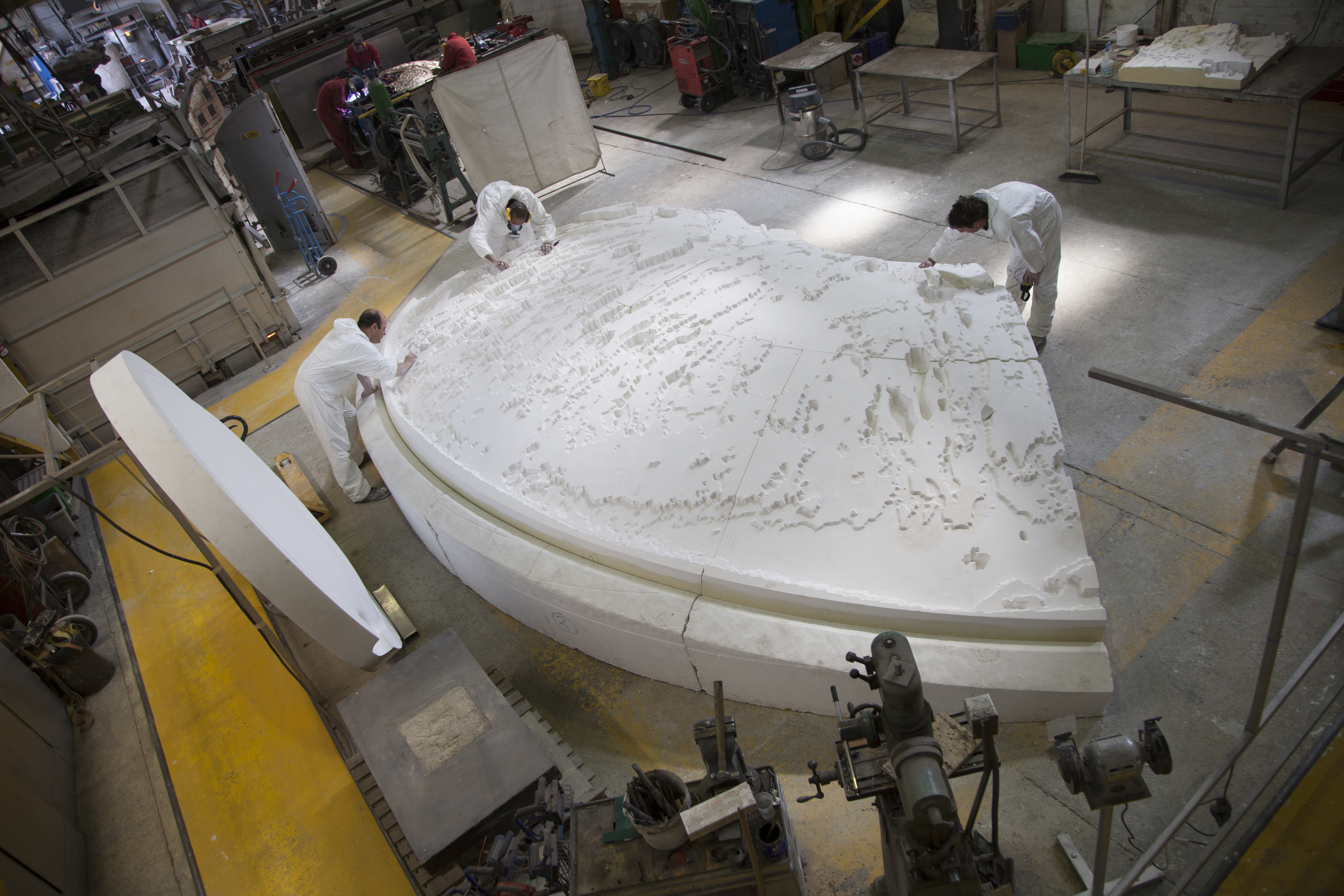 Above: The pattern of an iris, taken from a high resolution photograph, is scanned and machine cut into polystyrene. This is then surfaced with plaster by hand.

A sand casting mould is made using an impression of the polystyrene, then molten bronze is poured into the mould and allowed to cool and set. The sand mould is then broken away to reveal the cast bronze. 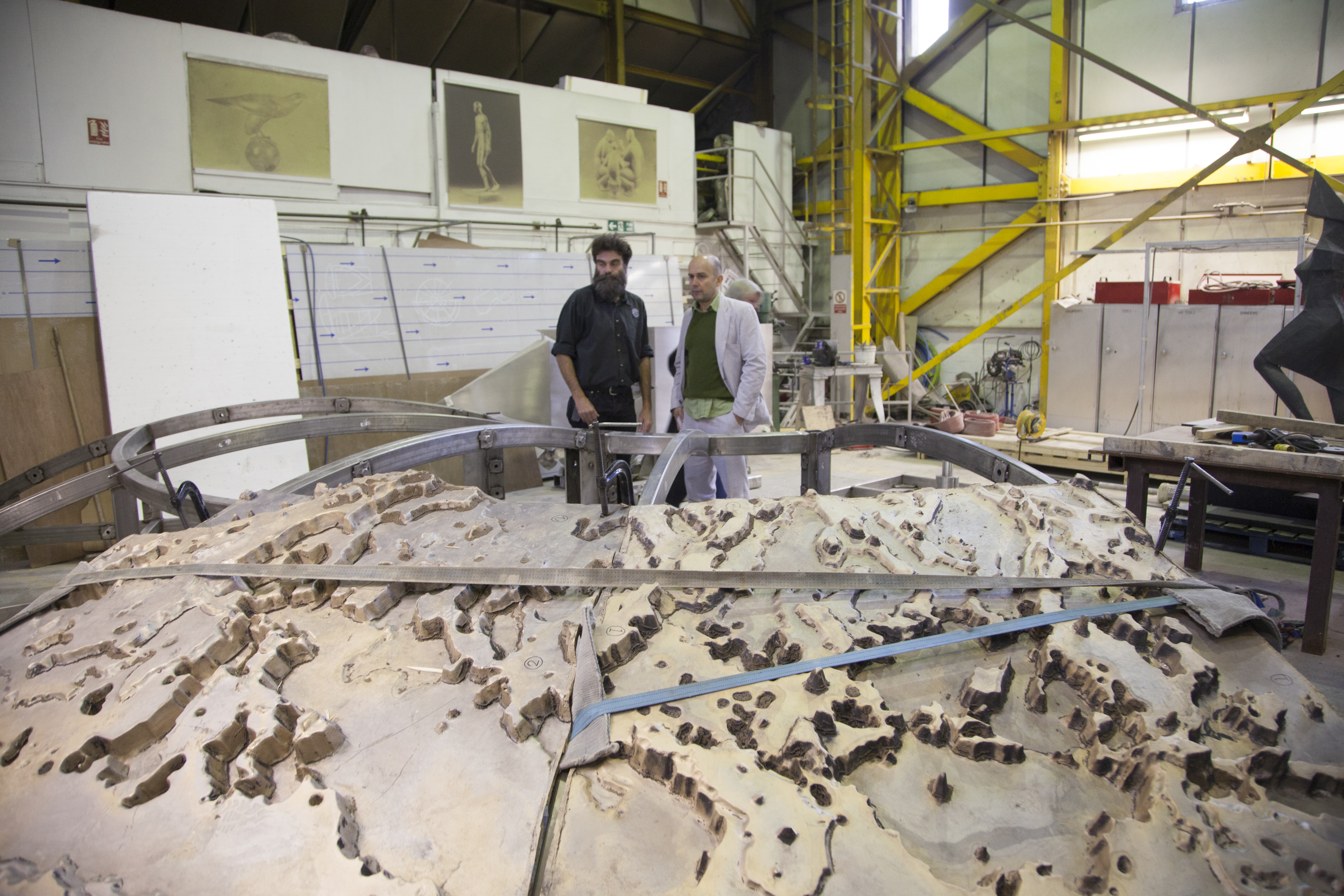 Above, the cast bronze panels are laid over a stainless steel structural frame. 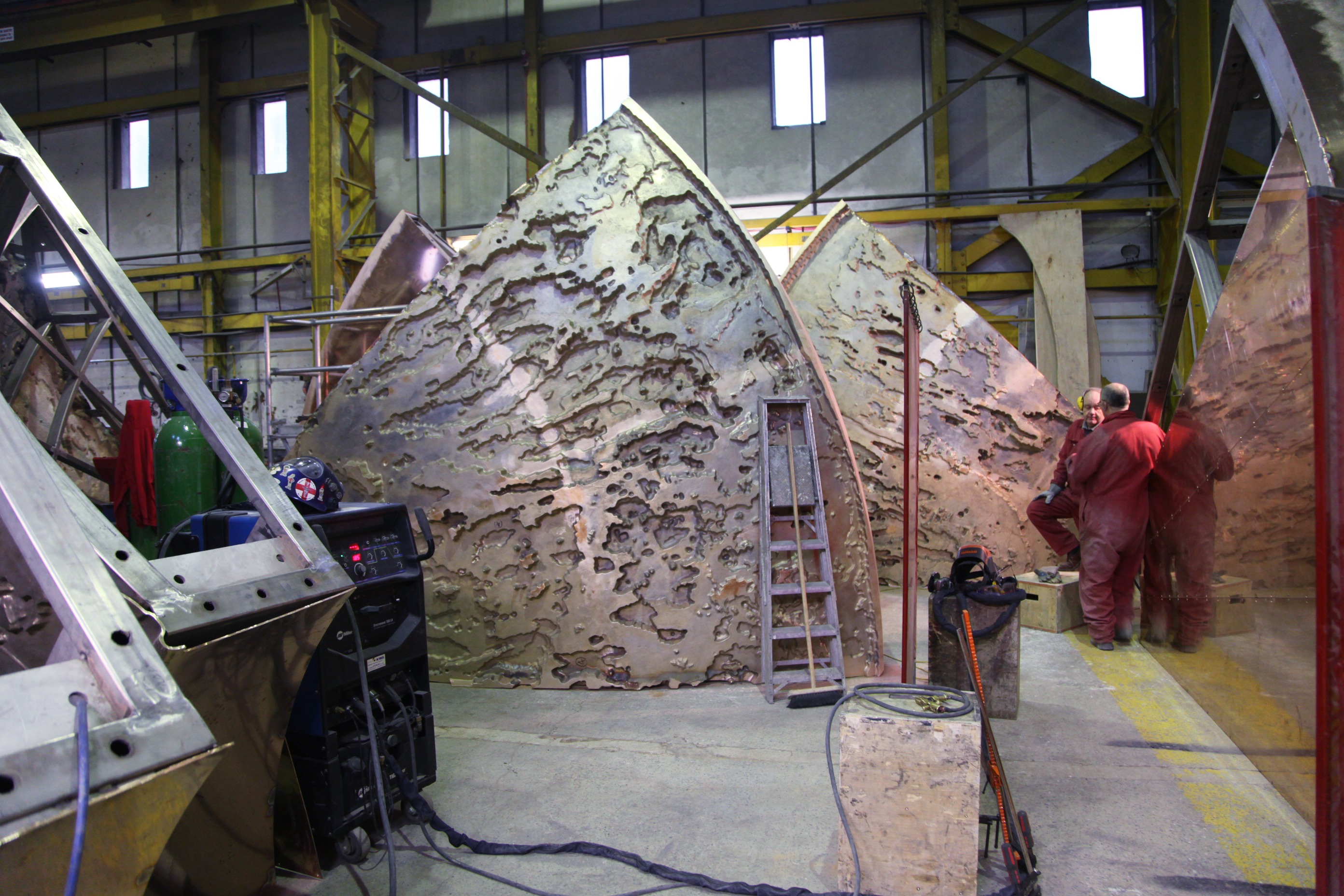 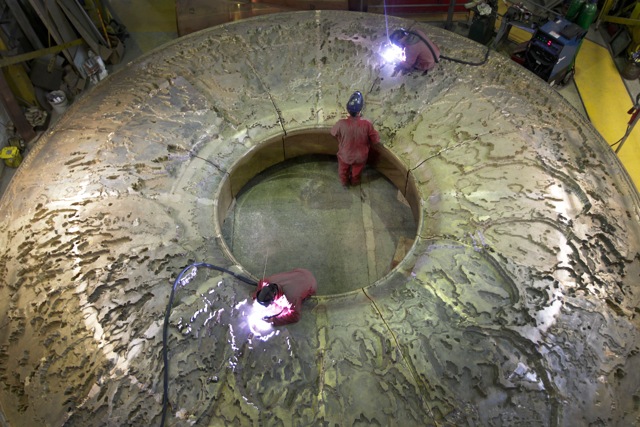 The sections are assembled in the foundry before being separated again and transported to Norway. 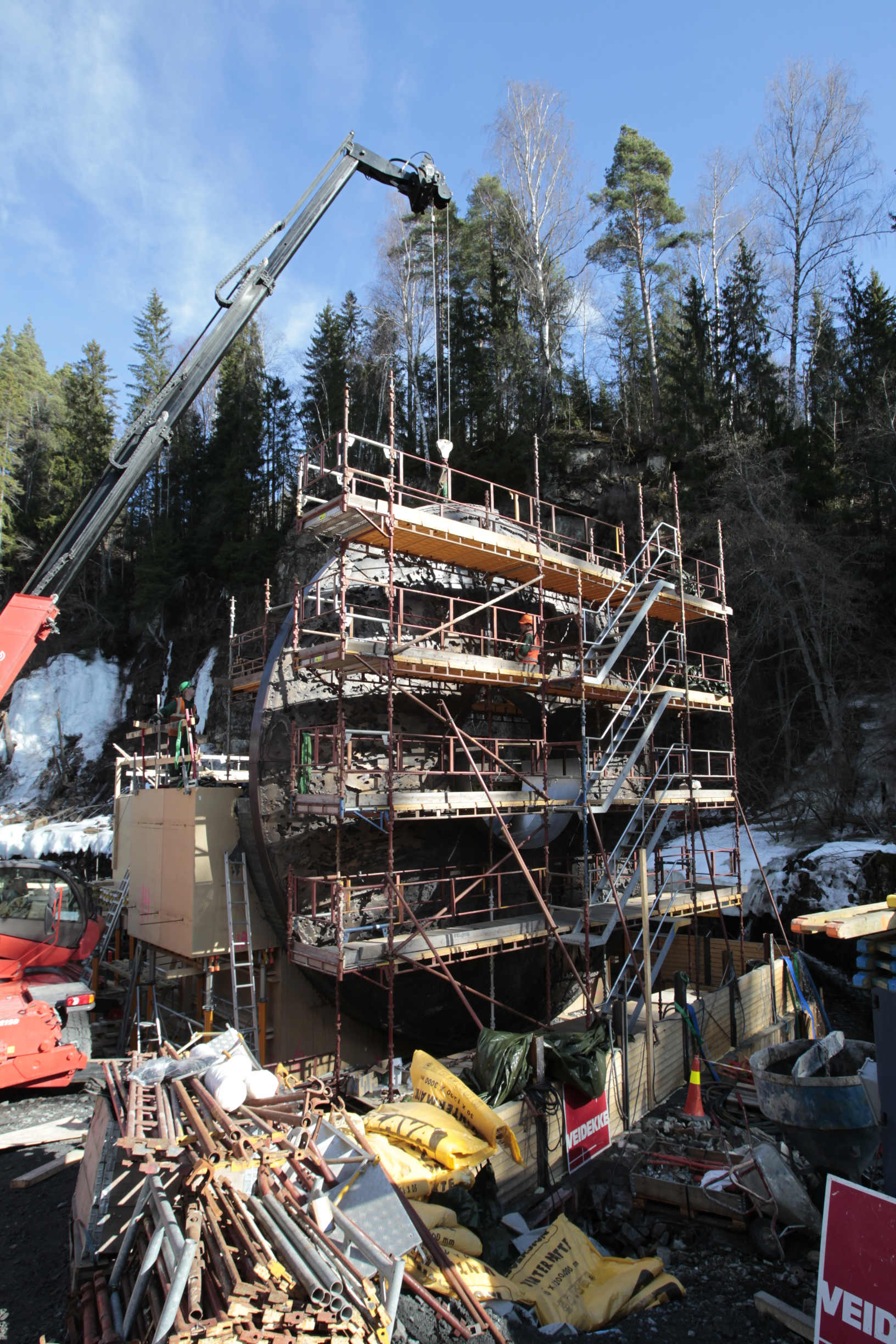 The final installation of the work in the river in Kistefos, Norway.