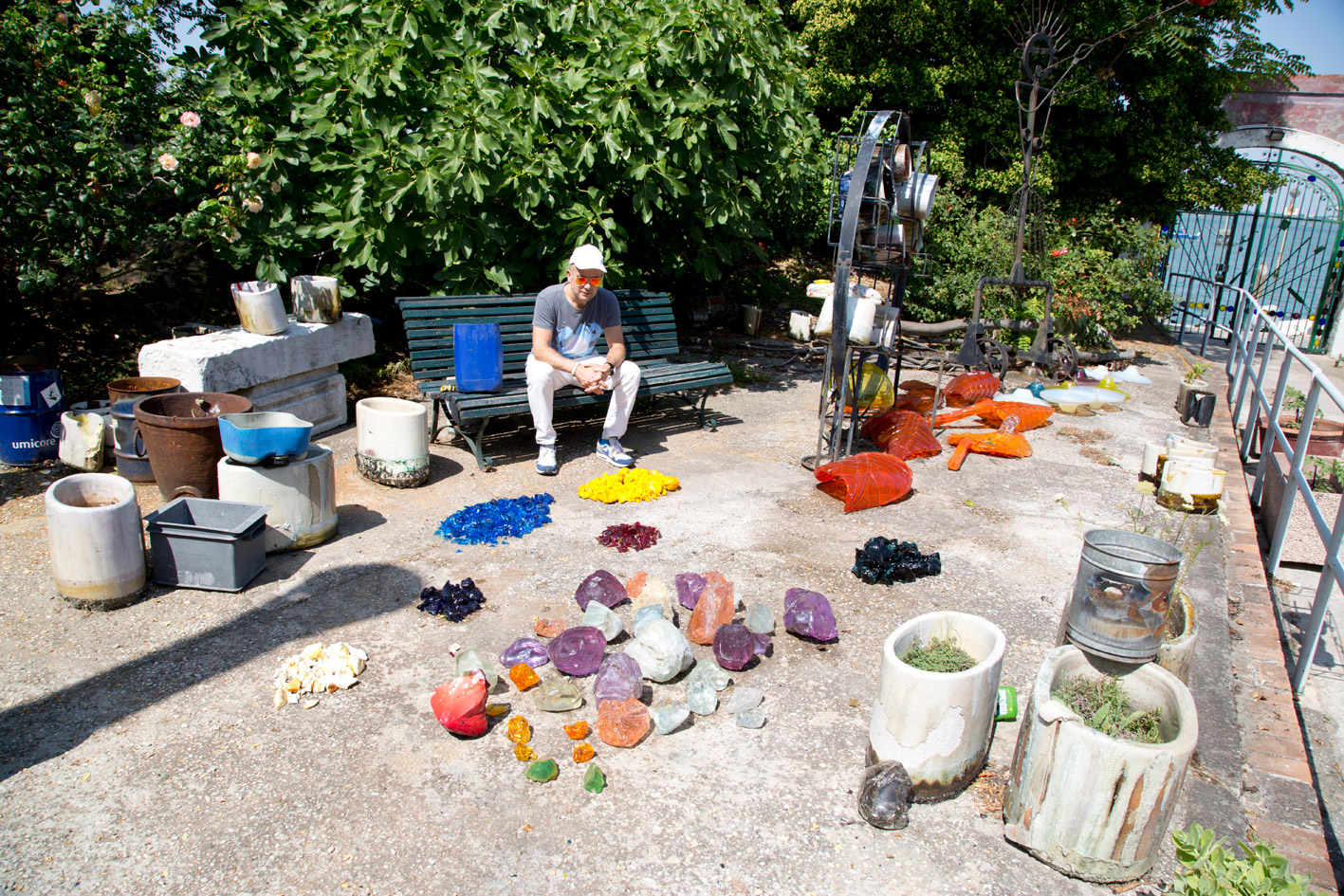 Making Waves, the feature length documentary made by Gerry Fox which follows Quinn's life for a year, will premier in the UK in July and August 2015.

“Recording one year in the life of artist Marc Quinn, this energetic documentary delves into the nature of creativity.

Given unprecedented insight into an artistic practice that zips around the globe, from new work in New York and a reworking of the Alison Lapper sculpture in Venice to a display at the Chelsea Flower show and many other stops along the way, renowned filmmaker Gerry Fox has an obvious rapport with his subject.

This intimacy, coupled with an on-the-fly filmmaking style, enable us to be present for the genesis of ideas that will later become artworks, as well as personal epiphanies such as Quinn’s spontaneous conversion to veganism. The film also has a keen eye for the absurdities of the art world, which Quinn treats with a zen parity, whether it’s hanging with Lionel Richie, casting for models in a tattoo convention or meeting the Queen.”