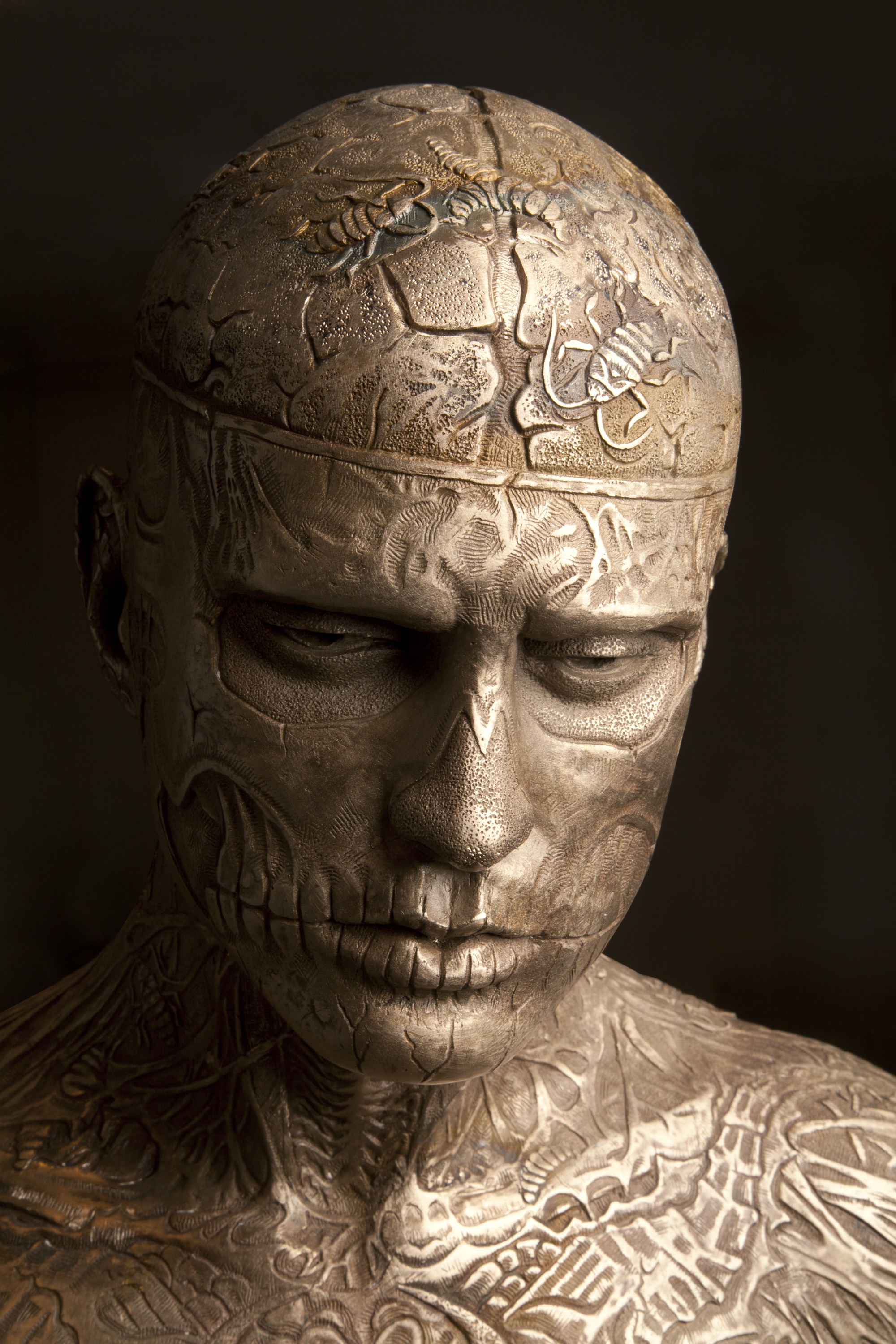 'Self-Conscious Gene', a 3.5 metre bronze sculpture of ‘Zombie Boy’ by Marc Quinn, is to go on permanent display in the Science Museum’s new Medicine Galleries in autumn 2019. The Science Museum have commissioned Marc Quinn to make a monumental sculpture for their new Medicine Galleries, which will open in autumn 2019. The sculpture will greet visitors as they enter the Galleries, introducing the theme of ‘Medicine and the Bodies’.

Rick Genest’s story speaks of a deep yearning within humans to understand their bodies and roots. After being diagnosed with a brain tumor at the age of 15, Genest, who is more commonly known as ‘Zombie Boy’, began covering himself head-to-toe with tattoos of his complete skeleton. Turning himself into a modern day écorché model, his ritual mirrors mankind’s quest to understand and fix themselves through medicine.

Self-Conscious Gene (2017) follows a series of pieces entitled Body Alterations (2008 – present), in which the artist looks at how, using modern medicine and technology, people have modified their outer bodies to reflect the interior vision of themselves.