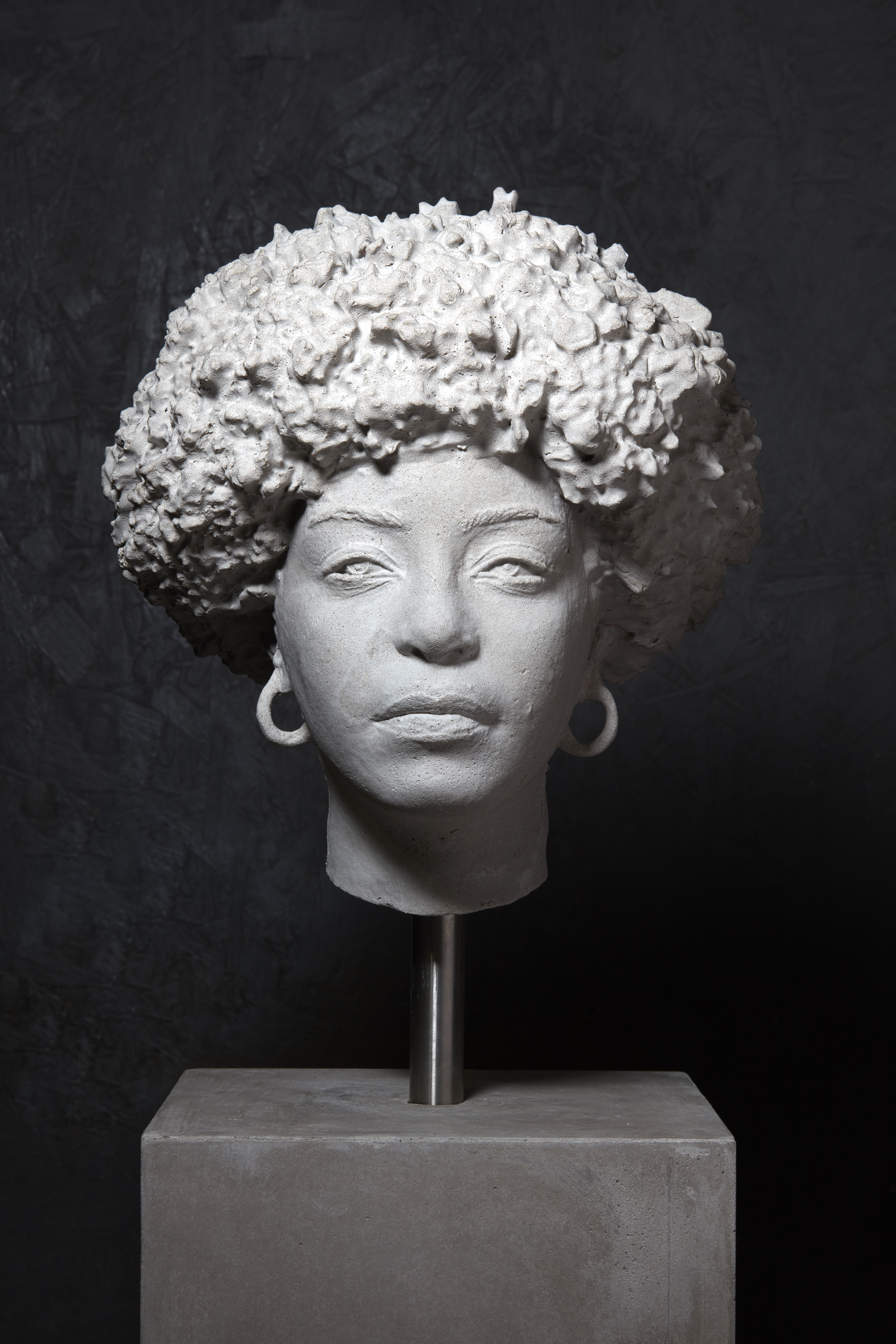 Marc Quinn’s 100 Heads is a major new series of sculptures. The project comprises one hundred concrete portrait busts of refugees made from an initial 3D scan of the sitter. 100 Heads challenge the perception of refugees as undifferentiated masses; instead emphasising their strength, uniqueness and individual identities. A prequel to Our Blood, the series has been developed in collaboration with refugees of all genders, ethnicities and ages, living all over the world.

Moved by the mass crossing of refugees in the Mediterranean, Quinn felt compelled to make an artwork in collaboration with refugees and raise awareness of the issues. Quinn also found inspiration in the history of the Greek Islands as the birthplace of classical antiquity and the very place where the idea of the individual in portraiture was born in the 5th century BC. Since then, continuing through the Roman Republic, the portrait head has been used in marble to explore people’s individuality.

Made in concrete, the portraits that make up 100 Heads are a modern, urban version of Greco-Roman sculpture. By putting refugees on plinths in place of emperors, queens, kings, gods and goddesses, these sculptures question what we choose to celebrate within our collective humanity.

Cast in concrete using a 3D scan as a basis of the work, each portrait is inscribed with the sitter’s name, place of birth, place of current residence and one-line thought. The refugees are from different zones of conflict including Somalia, Syria, Iran, Burundi, Palestine, Turkey, Rwanda, Burma and Venezuela. The artist is also collaborating with refugees from different periods in our time, ranging from Holocaust survivors to refugees from the most current crises.

The inaugural showing of 100 Heads took place in Davos at the World Economic Forum. The display of sculptures was accompanied by a discussion from Marc Quinn, David Miliband, Lily Cole, our refugee advocates Adiam Yemane, Hassan Akkad, and was kindly moderated by Emma Freud.

‘Scanning sitters is like the life casting of the 21 st Century. You capture the breath and the essence of a person because it takes a 60 th of a second. That’s one person in one moment, it’s really them.’