Hettie Judah writes about how Quinn finds lyricism in human detritus and gathered flotsam for his body of work titled The Toxic Sublime. 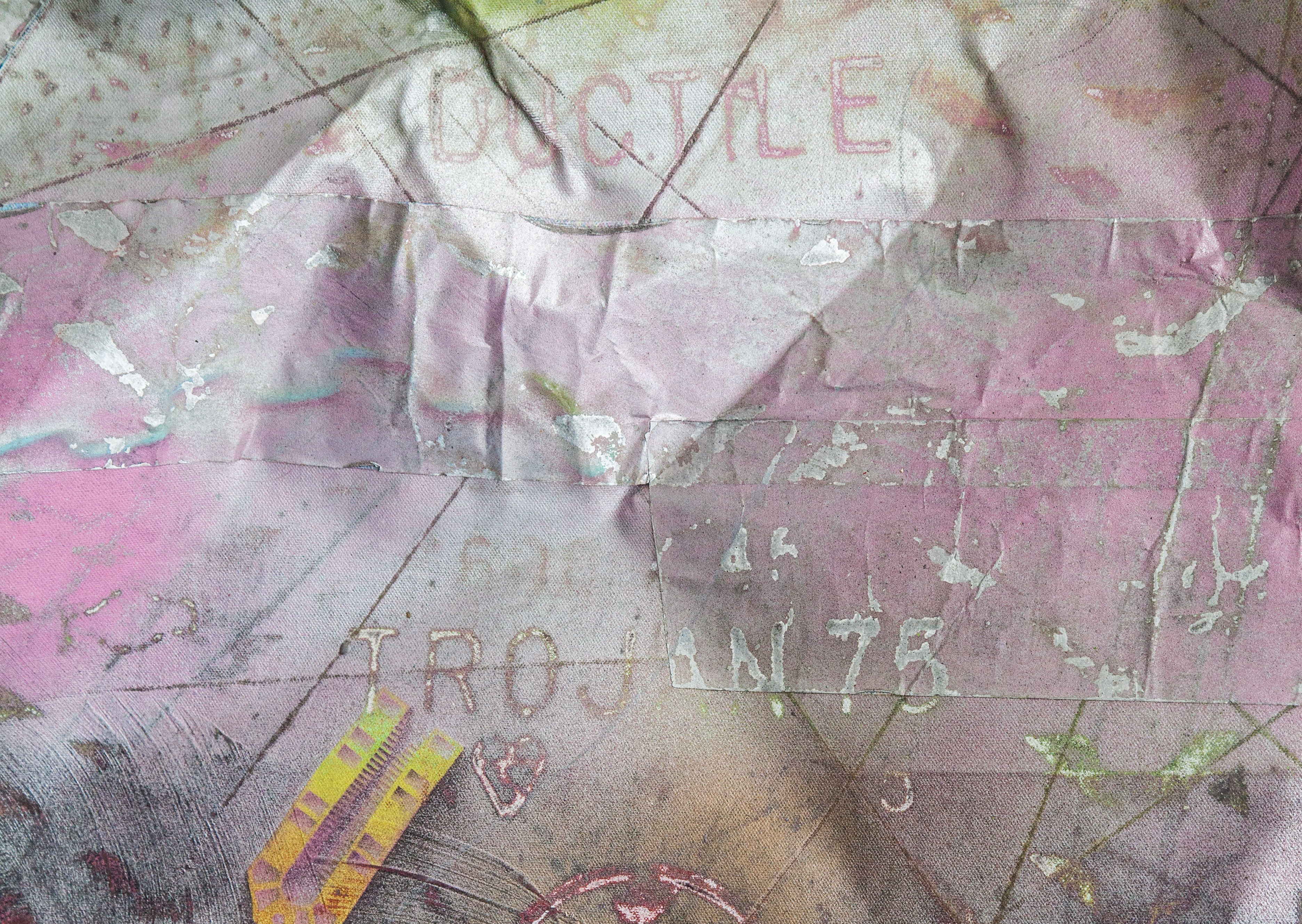 The spattered streets of London are a membrane, receiving the cascade of the city’s rain, absorbing and filtering it to join the subterranean torrents concealed beneath its surface. Charging through the city, unseen below the slabs and tarmac are storm drains, sewerage, buried rivers, their connection to the upper world visible through the gills of drain covers and cast-iron access hatches stamped proprietorially with the Thames Water logo. From street level, this is the view of water tamed – these metal inserts in the kerb suggesting control and order imposed on the city’s humors as though they were a stable possession, rather than a mere transient portion of a vast, wild, liquid whole flowing across the globe. What comes from London’s taps also rushes over the falls at Victoria, wrecks villages, laps beaches, carves cliffs and brings down boats. Today it may be Thames water, but who can say where the river’s rebel offspring may be next week?